Index
Foreword
Translator’s Preface
Part I : The Existence Of God And Of Providence
Part II :The Perfections Of God Which His Providence Presupposes
Part III : Providence According To Revelation
Part IV : Self-Abandonment To Providence
Part V : Providence, Justice And Mercy
Foreword
Having treated elsewhere of God [1] and of providence [2] from a purely speculative point of view, we here resume the consideration of these great questions in their relation to the spiritual life. The primary object of contemplation is, in fact, God Himself and His infinite perfections, especially His goodness, His wisdom, and His providence. Our activity and our progress toward eternity must be directed from the higher plane of this contemplation. From this point of view we shall treat here: (1) of the existence of God and of His providence; (2) of those perfections of God which His providence presupposes; (3) of providence itself according to the Old and New Testaments; (4) of a trusting self-abandonment to God’s providence; (5) of providence in its relation to justice and mercy.
May these pages instill in the minds of those who read them a better understanding of God’s infinite majesty and the absolute value of the one thing necessary, our last end and sanctification. Their chief aim will be to insist on the absolute and supremely life-giving character of the truth revealed by our Lord Jesus Christ and infallibly proposed to us by the Church. Souls are perishing in the ever-shifting sands of the relative; it is the absolute they need. Nowhere will they find it but in the Gospel entrusted by Jesus Christ to His Church, which has preserved, taught, and expounded it. It has been exemplified in the lives of the best of her children.

Translator’s Preface
In these days of positive unbelief, agnosticism, and general indifference concerning the supernatural, it is to be hoped that this English translation of the Reverend Father Garrigou-Lagrange’s La Providence et la confiance en Dieu will serve a useful purpose. In this book the author has proved conclusively to anyone of upright mind that there is an all-wise and designing Providence, who has created all things with an end in view, and this especially as regards human beings. The whole of creation confirms this view. Long ago the psalmist declared that “the heavens show forth the glory of God: and the firmament declareth the work of His hands” (Ps. 18:2). If we believe in the existence of God—and no reasonable being can deny this—then we must say with the bard of Avon that “there’s a divinity that shapes our ends, rough-hew them how we will” (Hamlet, V, ii, 10).
The first part of this book is a brief summary of a previous work by the same author, entitled: God, His Existence and His Nature. The proofs for the existence of God and a discussion of the divine attributes constitute the basis of Providence. This French work was well received. Within a short time after publication six thousand copies were sold. It has also been translated into German, Italian, and Polish.
In conclusion I wish to express my indebtedness to the Reverend Dr. Newton Thompson for his painstaking care in preparing the manuscript for publication. This indebtedness also applies to the second volume of God, His Existence and His Nature, which due to an oversight was not mentioned at the time of its publication
I also wish to thank the Reverend Dr. Bernard Wall, late of Wonersh seminary, England, for his courtesy in allowing me the use of his manuscript, which I consulted on various occasions. The verification of many quoted passages was thereby much simplified and this enabled me to proceed more rapidly.
Bede Rose, O.S.B.
St. Benedict’s Abbey
Mount Angel, Oregon 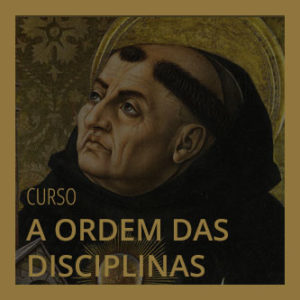